While Loris Spinelli and Giano Taurino were speeding away to the Pro class and overall win Friday afternoon in the final race of the Lamborghini Super Trofeo North America season, the battles behind them decided championships in the three other classes.

When the checkered flag waved at the Algarve International Circuit in Portimao, Portugal, Bryson Lew and John Dubets (ProAm class), Shehan Chandrasoma (Am) and Slade Stewart (LB Cup) joined Danny Formal and Kyle Marcelli, who had previously clinched the Pro title, as 2022 champions.

The final two races of the 12-race North American season were conducted on the same day. Spinelli and Taurino, co-drivers of the No. 188 Taurino Racing by D Motorsports, Lamborghini Palm Beach, Lamborghini Huracán Super Trofeo Evo2, actually crossed the finish line first in both races. Spinelli, however, was assessed a five-second penalty for exceeding track limits in the first race, handing the Pro and overall win to Nelson Piquet Jr. in the No. 130 Ansa Motorsports, Lamborghini Broward Huracán.

Fired up with extra motivation for the second race, Spinelli took over the No. 188 Huracán from Taurino during the mandatory pit stop and kept the field at bay, winning by 5.512 seconds over Marcelli and Formal in the No. 101 Prestige Performance with Wayne Taylor Racing, Lamborghini Paramus Huracán.

“This morning we missed the victory,” Spinelli said. “I had a problem with the radio, so the communication was off, and I didn’t hear that I was (exceeding) track limits so finished P2. But super happy to come back stronger. I was able to keep the pace until the end so really happy for that and how we enjoyed this podium.”

Added co-driver Taurino, “I think this race we were hungrier to be able to actually obtain the win and we did, which is amazing. I have to thank the team for all of the hard work. It’s been nonstop with them going through the car, changing a lot of stuff, but in the end, I think it was worth it.”

After finishing fourth in ProAm in the morning race, Dubets and Lew had to charge from behind in the second race to hold off Precision Performance Motorsports (PPM) teammates Bryan Ortiz and Sebastian Carazo for the class win and championship. Dubets, in the No. 146 PPM, Lamborghini Palm Beach Huracán, passed Carazo, driving the No. 147 PPM Huracán, with just more than three minutes remaining and rolled on to the ProAm win. Dubets and Lew edged Carazo and Ortiz by just seven points in the final standings.

“I don’t think we can put this into words,” Dubets said. “Bryson and I came into this (season) not really knowing what to expect. We didn’t know anything about the series, the car, the competitors and we’re with a new team. Everything just felt like a good fit for us. The car worked well and together as a pairing we were able to make good results.

“It came down to the last race and to be officially crowned the champion means a lot to not only myself, but I think Bryson would say the same.”

In the Am class, Chandrasoma won the second race in the No. 119 MCR racing, Lamborghini Austin Huracán to secure the championship. He benefited from the misfortune of the No. 148 PPM, Lamborghini Palm Beach Huracán shared by David Staab and Nikko Reger. After winning the morning race to build an eight-point lead, Staab and Reger’s car suffered an alternator issue at the start of the afternoon race, forcing them to retire early. Chandrasoma wound up just four points better than Staab and Reger in the final Am standings.

“I was just looking to get a podium when I first started this season,” said Chandrasoma, the 19-year-old Super Trofeo rookie who totaled six wins, “and here I am winning the championship in the Am class. Definitely a crazy moment for me.”

Stewart figured his chances of holding onto the LB Cup lead were gone when he crashed the No. 114 Flying Lizard Motorsports, Lamborghini Newport Beach Huracán in practice Thursday after spinning in fluid dropped by another car. A sixth-place finish in Friday’s first race trimmed his lead to three points but by finishing third in the second race, he held on by seven points over Charlie Martin and Jason Gagne-Keats (No. 154 Dream Racing Motorsport, Lamborghini San Francisco Huracán).

“I thought I was done (after the crash),” Stewart said. “I thought the weekend was over for me. My team pulled together and completely repaired that car to get me on the grid today. I can’t thank them enough … it’s just been a hell of a season.”

Fred Roberts swept both LB Cup wins on Friday, taking the No. 189 NTE Sport, Lamborghini San Francisco Huracán to the top of the podium for the first time.

“Just Chapter 2 of the dream,” a giddy Roberts said after the second win. “We’re having a blast honestly; we’re really blessed to be out here. It’s kind of cool. It’s great, it’s fantastic!”

Lamborghini Super Trofeo competition continues through the weekend with the Grand Finals pitting the European and North American drivers against each other. Saturday’s schedule has the race for Am and LB Cup starting at 10:45 a.m. ET, with the Pro and ProAm race starting at 12:05 p.m. On Sunday, the AM/LB Cup race starts at 8 a.m., with the Pro/ProAm race at 10:50 a.m. All races stream live on the Lamborghini Squadra Corse YouTube page. 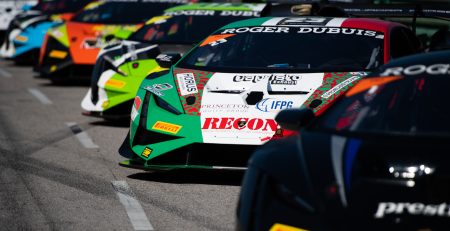 Lamborghini Super Trofeo Revving with Momentum Heading into 10th Season The stars are aligned for the greatest season to date... read more 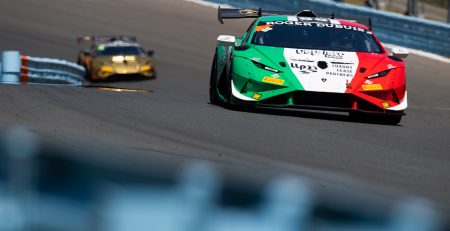 Antinucci Fends off Challengers for Lamborghini Super Trofeo Win at The Glen Despite constant pressure from his nearest adversaries, Richard... read more 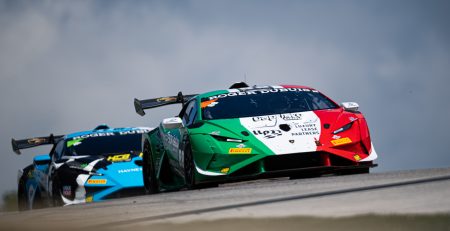 After finishing both Road America and VIR a full victory sweep of PRO victories in both double-header rounds, Taurino... read more 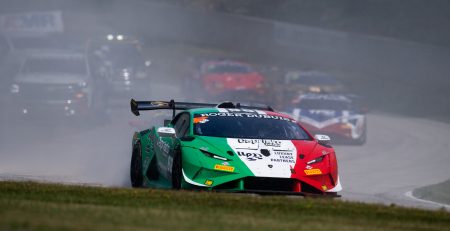 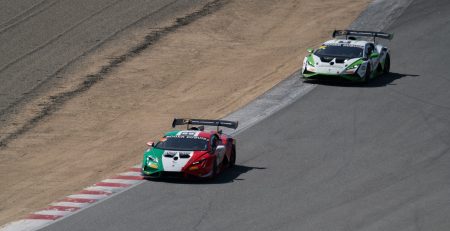 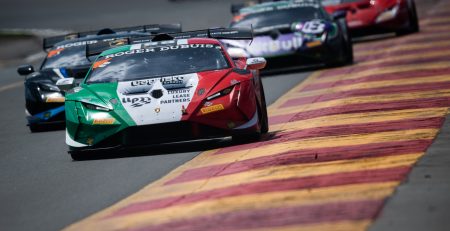 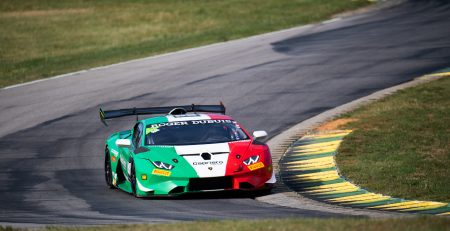 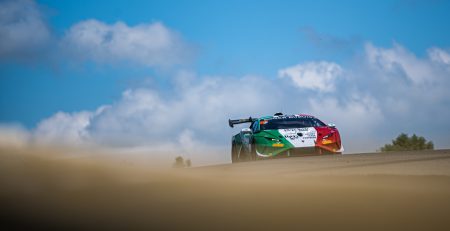 Lamborghini Super Trofeo Primed for Record Grid in First Visit to NOLA Unlike most of his fellow drivers in Lamborghini... read more 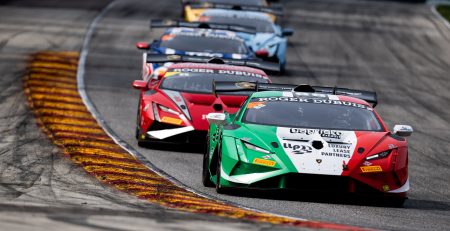 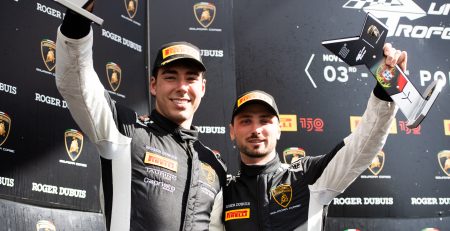