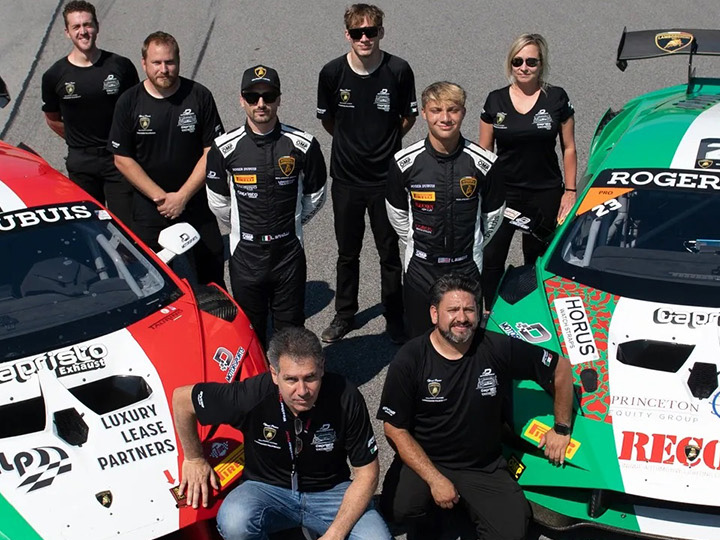 After finishing both Road America and VIR a full victory sweep of PRO victories in both double-header rounds, Taurino Racing heads to the Europe for the 2022 Lamborghini World Final.

The Capristo Exhaust #88 PRO Car driven by Giano Taurino and Loris Spinelli heads into the penultimate race holding second place in the PRO Driver Championship. After an exciting debut with the team at VIR, Luke Berkeley and Richard Antinucci will join the Taurino Racing by D Motorsports squadron again in Portugal with their RECON Lighting #23 car in the PRO-AM Category.

Every season, drivers and teams from the Super Trofeo European and Super Trofeo North America series come together at iconic circuits for the combined series finale. For 2022, the Autódromo Internacional do Algarve was hand selected for the event. Past editions have been in North America, Europe, and Asian continents, and this season’s backdrop will prove to be one for the history books.

The Autódromo Internacional do Algarve resides in the region of the same name in Southern Portugal, near the city of Portimão. Opened in October 2008, the motor-racing complex is one of the most modern in Europe, stretching over an area of roughly 300 hectares in the hills surrounding the Portuguese city, while the circuit itself is 4,68 km in length and features 16 corners. The circuit resembles old Nürburgring and Spa-Francorchamps, mainly because of its considerable elevation changes creating a challenging roller-coaster effect. The constantly undulating nature and multiple iconic turns give the circuit a unique old school personality.