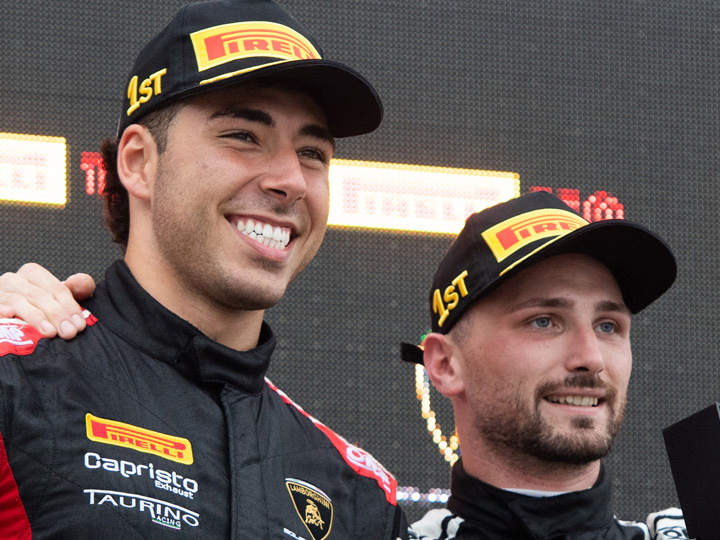 Turning 17 I progressed into IMSA with the Super Trofeo Official series in 2021 obtaining several AM class wins, as well as being moved to the PRO class MID season. With 3 wins in 2022 inside the PRO category. It was a huge learning curve for me and even now I am still continually learning.

Born in South Africa and currently residing in Florida, I started racing Go-Karts at the young age of 4. After moving to the states I competed in a variety of Go-Kart series, one being ROK Cup USA. Making the transition into cars at the age of 14 racing MX-5 Miatas, Ferrari F430 and 458 challenges in club level racing, competing in Formula 4 as well as the Lucas oil school of racing course. while also coaching Ferrari challenge clients. Even while making the change to cars, Shifter karting is something I love competing in, giving me tons of experience allowing me to transfer it over to the big cars.

However, being incredibly lucky to be where I am today. My drive, ambitions, and love for the sport are incredibly high and not yet over! 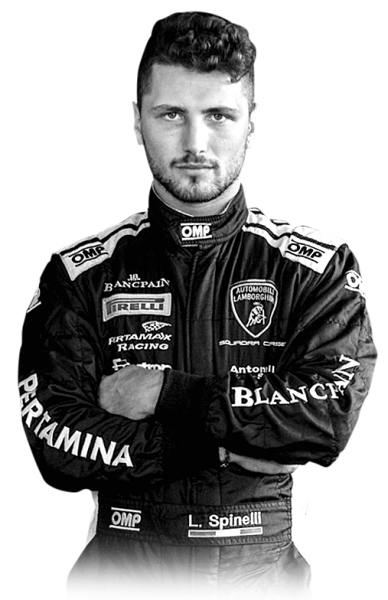 Loris Spinelli began his career at the age of 5 years old on Italian circuits with I go-karts.

He was official driver for many manufacturers racing all over Europe in the most prestigious championships. In 2011, he became world champion on the international circuit of Naples, European and championships in the single-make and shifter category.

In 2015, there was the first transition from go-karts to racecars in the Lamborghini Super Trofeo and in 2017 he won the first European championship in the PRO category.

In 2018, the Italian driver continues to driving in the Super Trofeo series in Europe and America winning both championships and the world finals at the Vallelunga circuit. In the same year, with the Mercedes brand, Loris competed in the 24h of Daytona, one of the most important races in motorsports, and other endurance races such as 12h of Sebring and 24h of Spa-Francorchamps.

In the following years, Loris continued to work for both brands in Europe, winning positive results. He returned to America in 2021 and will also be present in 2022 with the Taurino team in the Lamborghini Super Trofeo series, racing in the PRO category and with the Mercedes brand in the GT World Challenge Championship.